The Post I’ve Been Forgetting To Make For a While

And Stargrace reminded me by posting today 😉 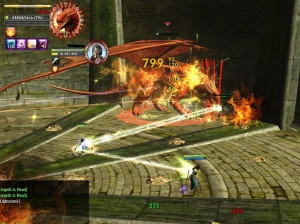 Since my last post, in Rift I’ve gotten my Guardian Cleric up to level 50 and my 2 friends also managed to get to 50 as well.  We’ve formed a “center” of groups in some dungeon runs with me tanking, 1 of them being healer, and the other being dps.  Our guild is the largest on the Faeblight server, possibly in the game, with over 2600 member toons, though how many actual accounts that is isn’t really known.  Still, even in the middle of the night was seem to have at least 40 people online at any given time and in prime time it’s usually pushing 300 online.  We’re so big that when a new member joins the pasted welcome announcement from the leaders actually includes the following warning: “Do NOT look at the guild roster with the “Show Offline Members” enabled — it crashes most computers.”

For myself, I’ve been through several T1 dungeons and a few T2’s also.  I’ve got my gear up to where T2’s feel pretty comfortable, at least as a support or dps role.  I’m not sure I quite have the stats to be able to heal a T2 yet, but we’ll see how that goes eventually.

I’m also working up a warrior, since I actually rather enjoy tanking, and while I do okay at it with my cleric, I have preferred the warrior style in the lower level dungeons in the past, so I’m working the warrior up in order to be able to be “more effective” at 50.  I started this warrior out in a pure dps mode for leveling, but as I’ve gotten higher in levels I found I was drinking a lot to regain health after only 4-5 fights and getting adds could be downright scary, so I left that build for if I’m doing dps in a dungeon (haven’t yet. . . ) and made a more tank-y build that can still dish out some decent hurt.  TBH, it actually feels like I do MORE dps with the tank-y build than the dps build, plus I can take on 5-6 mobs at a time without difficulty.  I have some minor self-heals from the Reaver portion of the build, use Paladin for the full heal every 10 minutes plus the +block skills, and then have 29 points in the Riftblade soul for damage output.  It loses health little enough that using the full heal once every 10 minutes is often enough to keep me in a comfortable zone, and I’m almost never drinking to restore health any more at all.  I also have 2 tanking builds for dungeons — 1 for the AE trash, and the other for single-target boss fights.  so far I’ve really only needed the AE trash build — it’s worked just fine on bosses also, but I have the other for just in case. . . . 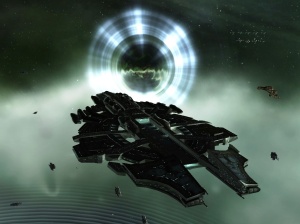 On the EVE front, I’ve finished training Logistics 5 and someone actually brought a Capital Ships book out to my region, so I bought that and am currently working the 3rd level of it as a pre-req to being able to inject the Carrier skill.  The funny thing (to me) is that I have a skill queue with 212 days planned out on it right now, but I’ll actually be able to be in the Carrier with all the “required” skills to fly it competently in about 9 more days.  Nearly all the rest of the skills are taking things to level 5 in order to be “perfect” and that means two 48+ day skills, several 30+ days skills, and a smattering of 7-9+ day skills as well.  My corp has also asked me to start being a POS fueler since I can fly the Transport Ships.  That means I’ll be logging in at least once a week instead of just letting the skills burn.  I’m hoping that this, coupled with my ability to fly a carrier, will reignite my passion for EVE a bit more and get me to log in and join some ops and such.  Even though I’ve not played much in the past 8 months or so, there’s still something about the game that ignites my passion, so I don’t want to cancel out of it just yet.  Perhaps if I find flying a carrier isn’t as fun as I am hoping, but we’ll see when that time comes.