This was quite the disappointment for my AF3 set. 😦 The tanks and red mage all look amazing. What happened to Black Mage?

Can I say it?  Black Mage is fun again!!!  Too bad SE had to destroy Summoner in the process 😦  But yeah… I am really enjoying black mage with the 4.0-4.05 changes again!  TBH, I’d almost say I’m ready to be BLM4LIFE!!!! again….. except I also really enjoy Red Mage and Paladin so….. I don’t actually know what’s gonna shake out as my new “main job” yet.  Time will tell as I get more jobs leveled up.

63 BLM, still using the Augmented Shire staff since it’s the same i270 as the Shisui set.

I’ve also got Summoner to 65 now and at my current rate of progress will get it to 70 sometime this weekend or early next week, I think.  And then I won’t have to have my bags stuff full of caster gear anymore!  I spent almost an hour on inventory management last night, getting rid of duplicate dungeon drops that I already had stored on my retainers and whatnot.  And it’s still a bloody mess…. but at least I don’t have any duplicates anymore. 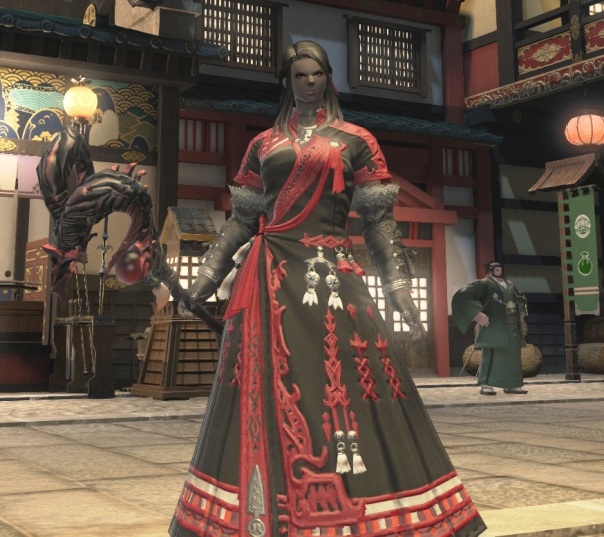 I’ve been passing on any Fending gear for a while now since I don’t need it, and on the caster side I now have a full set of all the dungeon suits up through level 69.  I got a caster retainer to 63 last night also, so my now-defunct Shishui caster set is being worn by it, and yes it will get the 65, 67, and 69 suits as it gets to the right levels to boot. 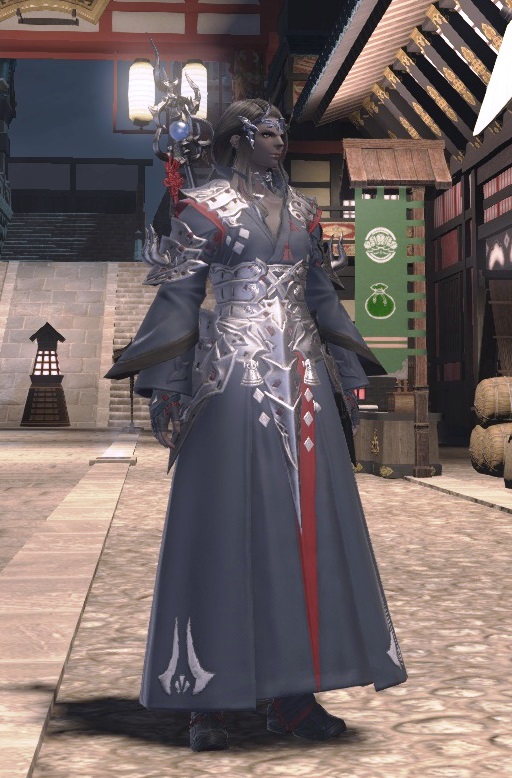 Finally got the full Yanxian set for casters

But anyway…. progress proceeds.  Happy gaming out there!

The run that dinged me to 70 also finished out my level 69 Valerian Dark Priest’s set.

I thought this selfie turned out pretty well.