As one begins the new story quest, the Lotus helmet’s all smokey. 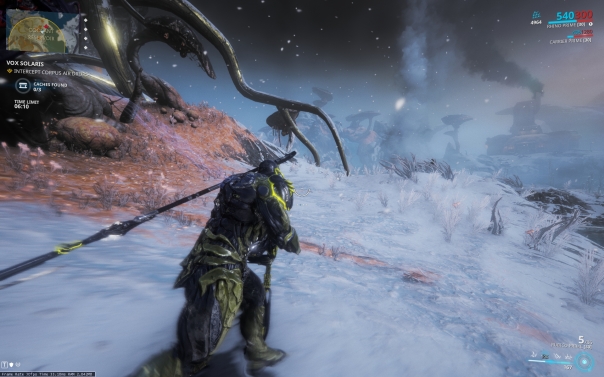 Hey lookit where I am!

I still haven’t figured out what’s reflecting to make the pinks and oranges. It seems to be orange-y during “warm” cycle, and completely blue during the “freezing” cycle. 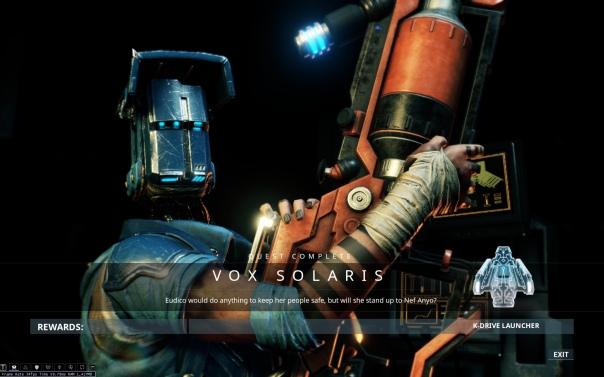 Fortuna unlock quest complete, and I got my hoverboard! Except… I don’t get why DE said in a devstream that the hoverboard would be a better way to get around than the archwing. I’ve tried both, and I still prefer the archwing. Speed seems to be the same, and the archwing simply flies over the obstacles, where the hoverboard has to avoid or climb them.

Getting ready to spear a robot-fish!

Got him! But I have to click again when the slider moves into the red section in order to actually reel it in. And yes, the liquid has a higher viscosity than water. It looks more like vegetable oil, and since it’s supposed to be a “coolant” as opposed to actual water… there ya go.

And here’s the EMP burst that disables the robot so you can reel it in.

Fish aren’t small, medium, and large anymore — they’re now basic, adorned, and magnificent. You can’t tell by looking at the fish what “quality” it will be either, so you can’t prioritize going after a bigger/better fish — just hit them all… 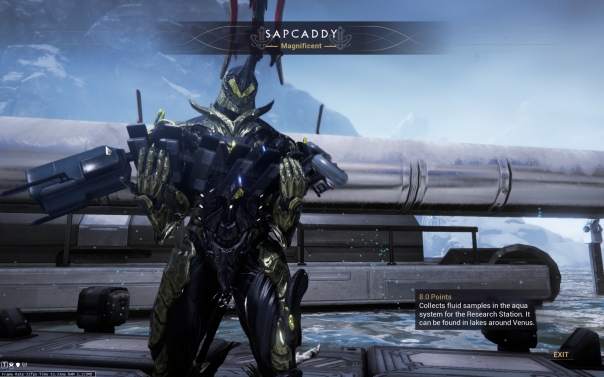 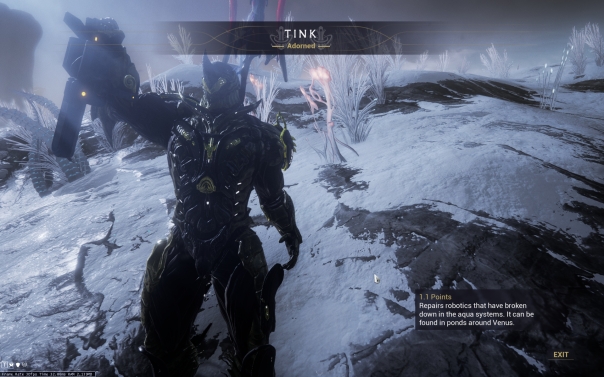 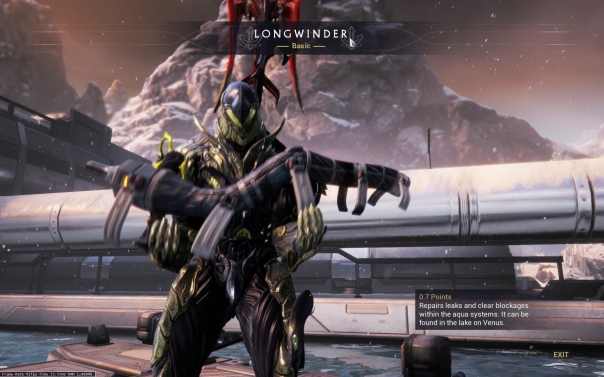 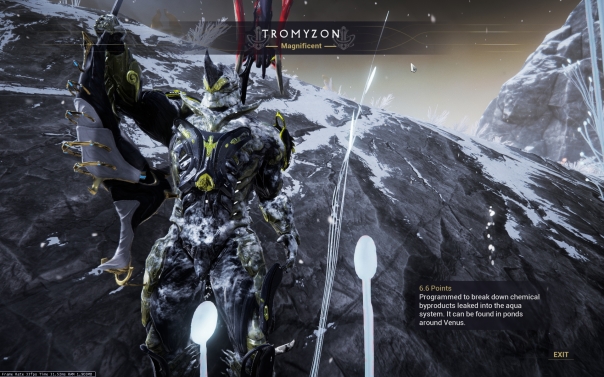 Why yes… you *can* put the robot fish in your lander’s aquarium! 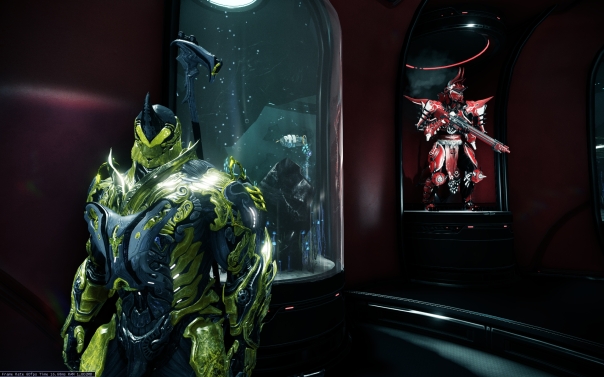 In the side tank also

Hunting isn’t as hard as SpaceMom made it look in the devstream. 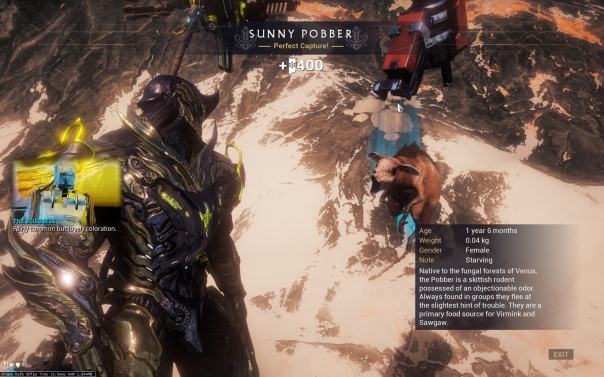 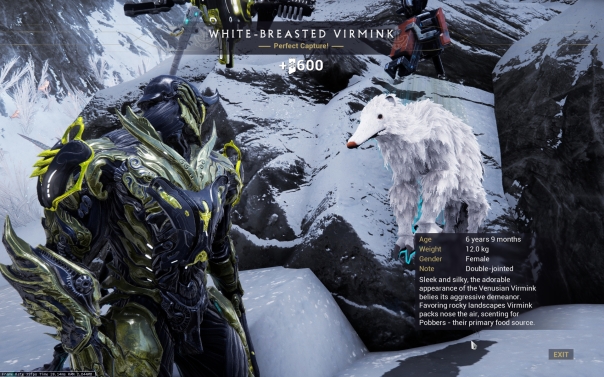 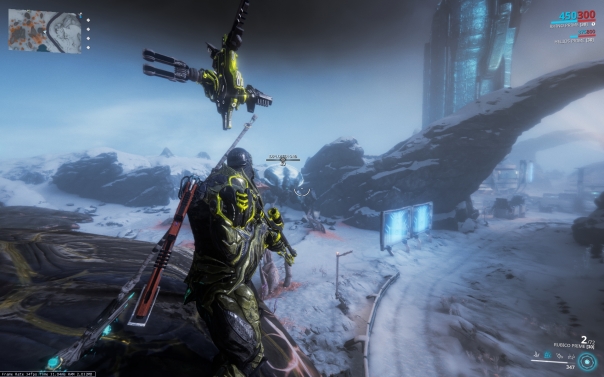 And I ran across a big spider boss. As you can see, it’s invulnerable to me main gun. I popped out to my operator and ran in under void. It knew where I was and shot at me, though since I was in the void it didn’t hit me, at least. I didn’t see any vulnerability while I was in operator mode either. I saw something from Brozime saying that these things aren’t actually attackable yet. But FWIW, I fought some “mini-boss” spiders when I was capturing a base. They had some purple shields, but they just needed radiation damage to drop that, so they weren’t too big a deal to take out.

Posted on November 9, 2018, in MMO and tagged Warframe. Bookmark the permalink. Leave a comment.