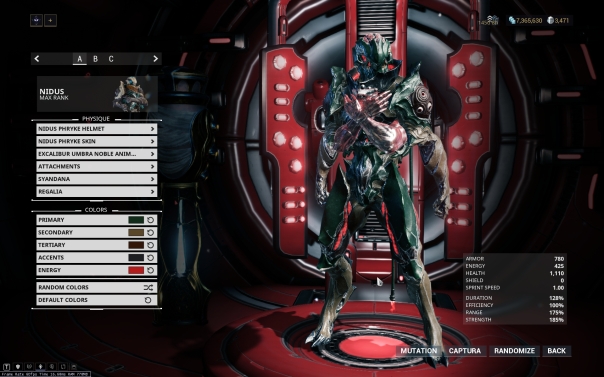 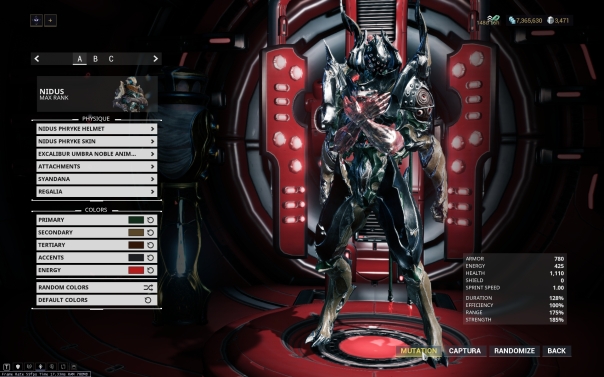 I’m nearly to MR 25 in Warframe now, and I’m to the point where new items to rank up are much more difficult to acquire anymore — either due to being hidden in relics, vaulted, or having semi-insane farming requirements… yes, I’m looking at you, Sibear and needing 30,000 cryotic… 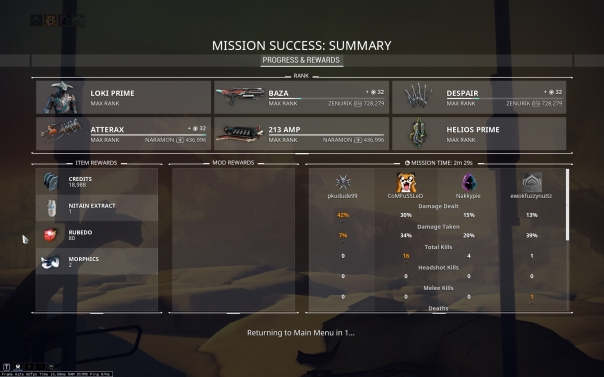 How does one have the highest damage dealt and no kills? Easy…. the only thing I shot was the capture target, but I didn’t get the final blow on it, so while I did a lot of damage… no kill credit 😉

As a result, I mostly during the week am logging in for the daily counter, and then playing a couple of hours on weekends, but I’m not really all that focused on it anymore.  Still love it when I play, just am playing other things again too.  Or clearing out my Netflix queue…  or both.

So anyway, I’ve been doing a bunch of Civ6 again.  I’ve been enjoying reading Syp’s accounts of DDO so much that I’ve reinstalled it… and promptly remembered why I never have gotten past level 7 in it, even with starting at level 4 with vet status.  The controls just feel so mushy.  Honestly, I don’t recall them feeling so mushy before, but my computer’s the same, so it must have been like that and I just got used to it.  Maybe the crispness of Warframe’s controls have ruined me? 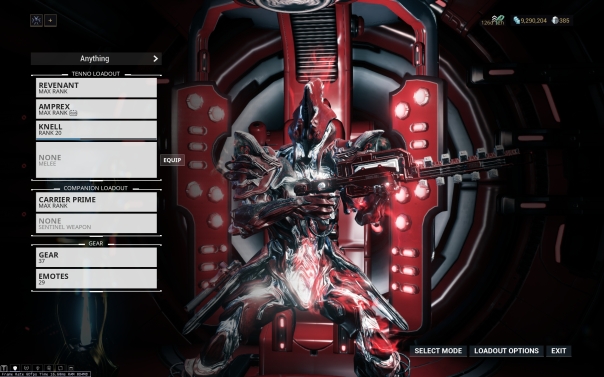 Yep, I got my Revenant

There was a “welcome back weekend” in FFXIV not too long ago.  I logged into that for my daughter to be able to run around as she likes to do, but I never so much as looked at my character during the 4 days I could have tried, so I guess I’ve “moved on” past that game.  Or maybe I’ll pick it up after its next expansion or something.  Time will tell, i suppose. 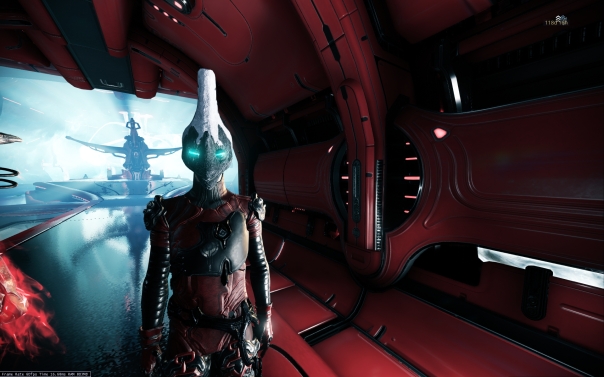 And my Revenant mask too.

Is it weird that the game I’m actually “playing” the most right now is Idle Champions of the Forgotten Realms?  A game that literally plays itself with very minimal input from the player?  I mean… toss it on the 2nd monitor, watch a movie or something on the main one, glance over and click a few upgrades, then rinse and repeat.  Pretty chill. 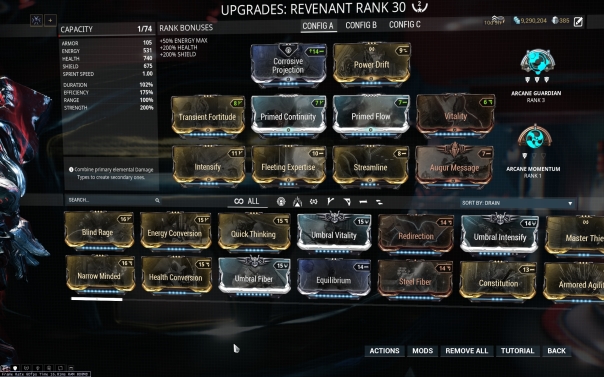 This is the build I’ve settled on with Revenant for now. Basically can hit 4 and never leave it, which annihilates mobs up into the 50’s easily enough. I like it, even if Brozime calls it “aggressively mediocre.”

Anyway, I’ve not really felt inspired to blog much lately, in spite of it being Blaugust, so… sorry it’s been a while.  Happy gaming out there!

[Warframe] MR24 plus Bits and Bobs 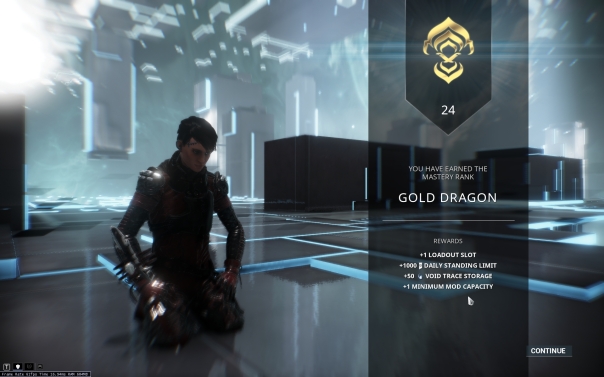 As you can see in the screenshot there, I made it to MR24 last night in Warframe.  I haven’t been posting much lately, though, as the game’s settled more or less into a comfortable routine for me, so I haven’t been taking screenshots, and nothing really out of the ordinary has been happening that sticks in my mind and makes me go “oh, I should blog about that.”

On top of that I actually got a bit bored of Warframe for a few weeks and more or less just logged in daily for the login counter, then logged right back out.  Oddly, what got me back in was watching a streamer who recently picked it up and seeing his joy in the game reminded me of how I’d felt when I started it too.  I say “oddly” because I’ve never really watched streamers before, always having the attitude that I’d rather play the game myself than watch someone else play it, but not this time.  Such is life, no?

BTW, I’m not sure if this is a bug or intended, but in the MR24 test if you let the things kill you and re-spawn, you come back with your Amp weapon which you don’t initially get.  Having that makes it a lot easier from that point forward. 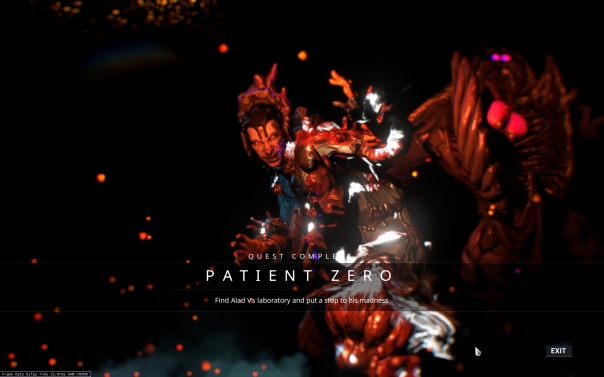 This was my final quest. I’m all caught up!

I’ve finished the planet map for Eris, have 1 spot left on the Kuva Fortress, and still have those 2 last spots on Sedna to finish up, and then I’ll have the full star chart completed.  After that, it’s all about the waiting for the Fortuna and Railjack expansions to come out.

There’s still plenty of stuff I can do though — I’ve still got 3 frames and 2 archwings to rank up, several archwing weapons, and about 30 or 40 standard weapons still, so I’ll easily be able to hit MR25 once I get around to all that.  I am not yet max rank with the Ostron or Quills in Cetus, and I could use some arcanes.  I’d like to finish unlocking all my waybound focus slots eventually as well.  I’m about halfway there right now.  I’m also semi-sorta planning to get all the syndicate mods and items for all 6 syndicates.  I’m at positive standings with 4 of the 6 right now, and plan to eventually start swapping around sigils so that I can bring the final 2 up into positive territory, while still maintaining positive standing with their “enemy” ones as well.  That will take a bit of doing, I think, but I also think it will be worth it. 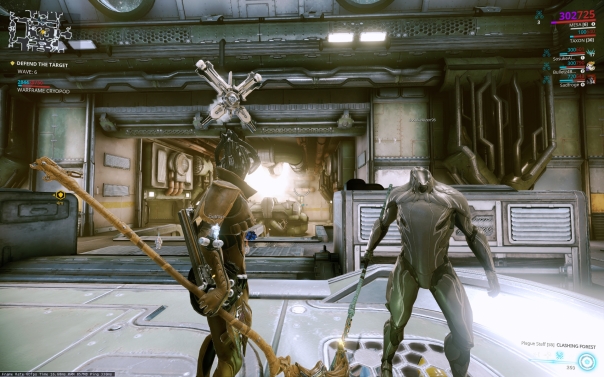 This was a fun graphics bug!

I’ve done a bit of Civ5, a bit of Stellaris, and I even joined the alpha (well, the email says alpha, but in the game there’s a button that says beta, so… I dunno) for “Survived By” which is a sort of Gauntlet-like top-down “kill the hordes of enemies” game with retro-looking graphics.  I never really like Gauntlet much, so I don’t know if this will do anything for me, but… we’ll see.

I also installed and tried out Path of Exile.  It bugged out the moment I created my 1st character.  The very 1st thing you’re supposed to do it pick up your starter weapon from the ground.  Everything says “left-click it to pick it up” but I couldn’t do it.  The mouse never registered it.  Couldn’t click on the item itself, nor on the text of the item.  Nothing worked.  I could click on the NPC next to the weapon and talk to him, but without being able to pick the weapon up I couldn’t leave that area.  I’ll try un- and re-installing it to give it another go this weekend, I think.

I’ve also started up Idle Champions of the Forgotten Realms.  There’s really no game there — it literally plays itself.  And yet, it’s somehow oddly compelling.  How weird is that?  There’s really nothing to say about it, since it plays itself, but it somehow trips that Skinner Box trigger for me.

I backed Fractured on Kickstarter, and it looks like it met its funding goal with less than a day to go, so I’ll be trying that out if/once they release it.  I had good luck with the Shadowrun game I backed a few years ago, so hopefully this studio will do well with this game too. 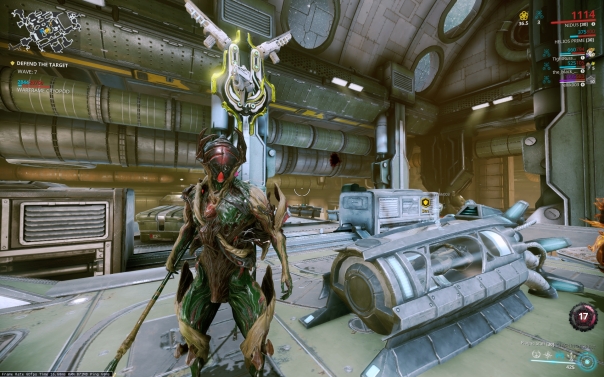 I thought this color scheme on Nidus made him look appropriately diseased/infested. But I forgot to set my Helios to match. Oops!

On the mobile gaming front I’m playing 2 versions of the same game — Marvel Strike Force and Star Wars Galaxy of Heroes now.  They’re by 2 different companies, but they are functionally identical.  They’re simple turn-based team-fighting games where much of the battle is won or lost simply by the characters you choose to make up your team — to the point where a lot of co-workers who play them (which was how I got started too) will simply use the auto-battle feature for the actual fights, as there’s not really much need to pick the right skill at the right time on the right target.  Sure, you can play manually and do that, and in the Strike Force raids that’s actually a good idea, but for the most part it doesn’t really matter much.  They’re an amusing diversion for 10 minutes a few times a day, but they’re pretty much fluff, not anything I’d seriously get into, I don’t think.  I fell in to that rabbit hole with Astronest, and while I was still enjoying that game when I uninstalled it, I’ve also never missed it either.  I think these 2 games will be the same.  One day I’ll simply be “done” and I’ll uninstall them and never look back.

In other news, FFXIV is having a “4 days free” comeback promo running until August 2nd.  I’ve still got it installed, and my daughter’s been bugging me to play that again, so I’ll probably hit that up this weekend too.  Maybe see if I can’t try out the new dungeons and catch up on the MSQ.  We’ll see.

So that’s where I’m at right now.  Happy gaming out there!