I’ve run out of creative ways to say “I leveled up some more….” As a result, I’m just going to upload some of the screenies I’ve taken that show my progress and I’ll let the captions be the “story” as it were, hence “Picture Book.”

I got my daughter’s character up to 70 Summoner. Just barely got her to the Lochs though, so still a bit to go before unlocking Ala Mhigo and the Menagerie to get better than the Summoner AF3 set shown here. 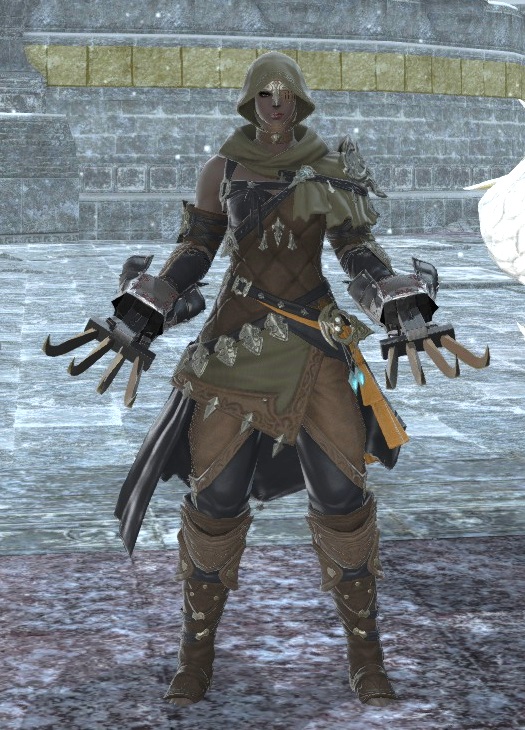 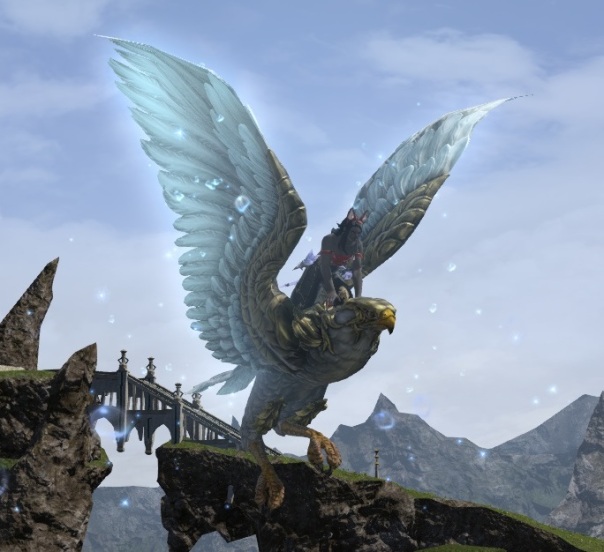 My FC had a “birb farm” one night. I got “Bubble Bird” here, as well as the red one from Ravana.

At work, some snacks are provided. There was a cupcake from some company I’d never heard of that said “Stormblood” across the bottom mixed in there. The package said to install some scanner app and scan the package to get an in-game reward as well as being entered in a drawing for some SB merchandise. I installed the app, scanned the package, redeemed the code I got, and… this was the reward. 4% xp boost instead of the 3% you normally get from food, but otherwise pretty underwhelming. Still…. better than nothing either.

Best Kugane Castle run ever. See the timer on the right? Yeah…. 12 minutes to get to the final boss. 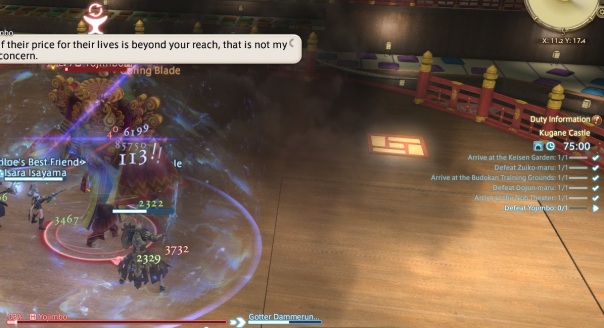 And here’s the end of the fight a mere 3 minutes later. 15 minute run in a PUG for an expert. That was lovely! FWIW, I ran it this morning and the summoner only had 19K HP due to having half his equipment broken. Even with that, we still completed in under 22 minutes, so… it’s a nice quick dungeon regardless.

Why yes, I did buy the scythe glamour pack…. It just feels right for a Dark Knight. 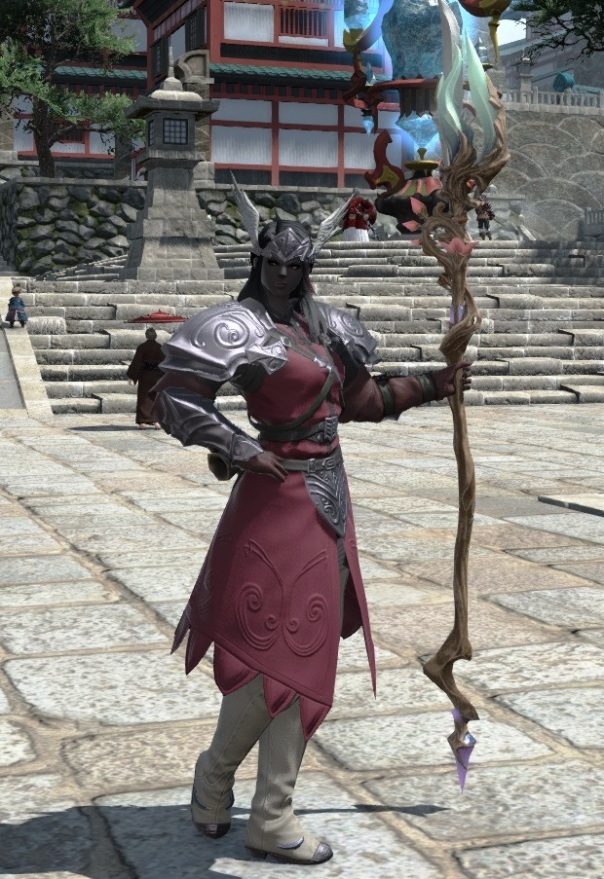 Level 69 Dragoon in full “Rune Fencer” gear. You can’t really tell in the bright daytime lighting, but the crystals all glow when the weapon is drawn. You can kinda see it, but it’s really cool in the dark of a dungeon or at night. Even the red crystals toward the top of the haft light up. Really nice effect.

Having the nicer gear made it quite easy to run the quest to get the AF3 set.

Here’s a close-up of the Monk’s AF3 weapon. 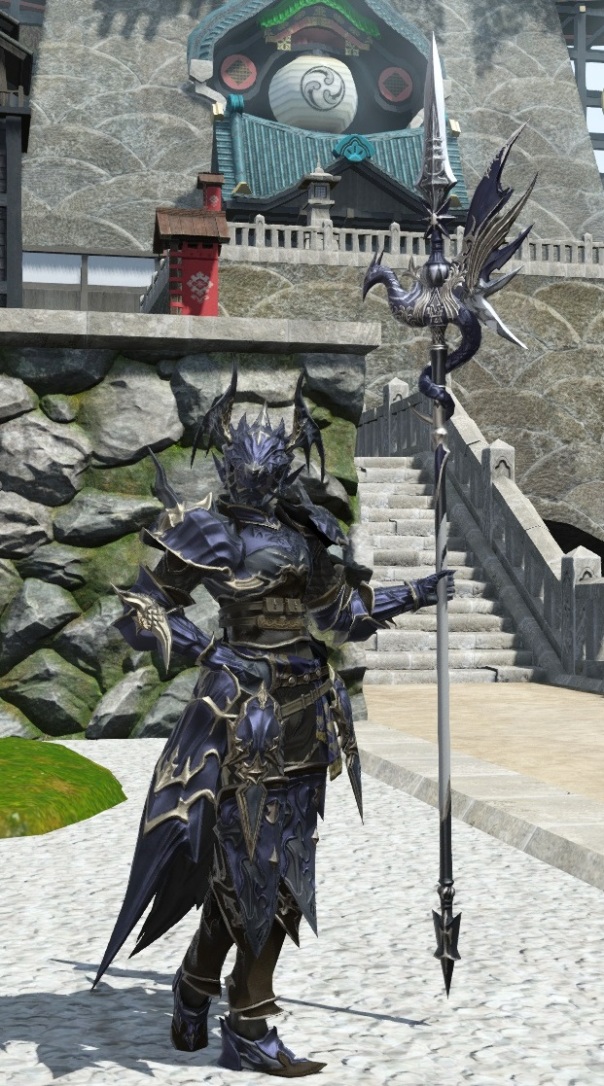 After I hit 70 on Dragoon I realized I hadn’t done any of it’s Stormblood job quests. Oops! Ofc course, this is the AF3 set for Dragoon here, so obviously I’ve done them all now…. I really like the spear. I might have to keep that around for glamour.

This is my actual appearance for DRG at 70, though — full Ala Mhigan Maiming set and the i320 spear.

In other leveling news, the crafters proceed apace — CUL, CRP, BSM, ARM, and GSM are all 70 now, leaving WVR, LTW, and ALC.  WVR’s 61 already and the next one I’m working on.  I think I’ll do ALC next, then LTW last, but we’ll see how I feel after finishing up WVR, I suppose.  BTN and MIN are both 70 also, but FSH is still only 62, so I’ll eventually have to buckle down on that too.  Eventually 😉

Happy gaming out there!